Posted on June 24, 2013 by | Comments Off on Chilling Effect? Wendy’s Sues to Protect Frosty Trademark 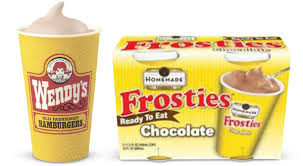 On June 21, 2013, Wendy’s filed a lawsuit against United Dairy Farmers, Inc. alleging infringement of Wendy’s well-known Frosty trademark along with infringement of its red and yellow trade dress used on its Frosty cups.  Wendy’s asserts that the Frosty trademark is famous and that sales of products identified by the Frosty trademark have exceeded tens of millions of dollars.  Also, Wendy’s asserts that its yellow and red trade dress is famous and that there is widespread consumer recognition of the trade dress as designating the source of its desserts.  Wendy’s alleges that United Dairy Farmers’ marketing of its products as “Frosties” and “Frosty Malts” is a complete knock-off of Wendy’s signature Frosty dessert.  According to a Wendy’s spokesman, Wendy’s filed this suit to protect its iconic brand and to avoid consumer confusion.

The lawsuit has been filed in the United States District Court for the Southern District of Ohio Eastern Division, No. 2:13-cv-596.  Wendy’s is seeking compensatory and punitive damages and is seeking an injunction barring United Dairy Farmers from selling its products and requiring it to destroy its packaging.